A new organism has made the list of critters that can withstand the harsh environment of space. A species of bacteria, called Komagataeibacter, survived living in a Mars-like environment, according to scientists apart of the Biology and Mars Experiments (BIOMEX) project. The bacteria helped ferment kombucha, also called mushroom tea.

The scientists behind the study sent Kombucha cultures – a mix of bacteria and yeast – to the International Space Station in 2014, but the goal wasn’t to help astronauts brew tea. Rather, the cultures were placed in a small lab outside the space station to determine how micro-organisms reacted to living in a Mars-like environment.

The cultures stayed in the lab for 18 months, where they were left unprotected from cosmic radiation, microgravity, temperature changes, and the vacuum of space. The samples were then sent to a lab on Earth. There, researchers re-activated and cultivated the samples for 2.5 years, sequenced the surviving bacterial genomes, and compared them against Earth-based cultures.

The researchers found that the spaceflight environment disorganized the microbial ecology of the cultures, but Komagataeibacter and its ability to produce cellulose remained intact.

“Based on our metagenomic analysis, we found that the simulated Martian environment drastically disrupted the microbial ecology of kombucha cultures,” explains Bertram Brenig, a biology professor at the University of Göttingen and co-author of the study, in a statement.  “However, we were surprised to discover that the cellulose-producing bacteria of the genus Komagataeibacter survived.”

Cellulose is a fiber that the researchers suspect helped shield the bacteria from the harsh environment of space. It’s also used to make paper, fabric, and other consumer goods.

The results of the study have implications for the search for extraterrestrial life and space exploration. The investigation provides evidence for the first time that cellulose could serve as a biomarker for extraterrestrial life, according to the researchers. It may also help sustain future Mars colonists with material to produce clothes, crops, and medicine.

On the other hand, the researchers found that genes for antibiotic resistance increased in the bacteria, which could pose problems for future space travelers.

“This result shows that the difficulties associated with antibiotic resistance in medicine in space should be given special attention in the future,” the scientists say.

The study was partially funded by the National Academy of Sciences of Ukraine.

The study is published in the journal Frontiers in Biology. 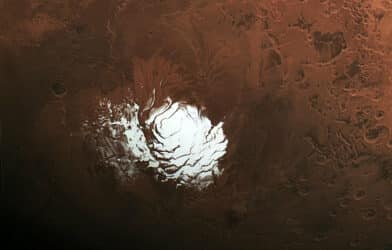