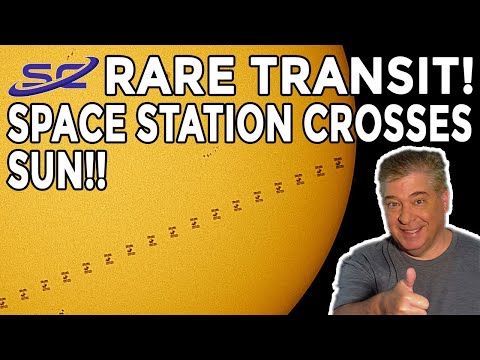 An amateur astronomer in the United Kingdom snapped some fascinating images of the International Space Station (ISS) transiting the Sun.

Jamie Cooper captured the spectacle in just ONE second from his home in the United Kingdom on June 17. Cooper, a professional photographer by day, lives in Whilton, which is a village in the England county of Northamptonshire.

He explains: “On the late morning of 17th June 2022, a pass of the International Space Station in front of the Sun was predicted to be visible from my own home. This was an opportunity not to be missed.

“I shot the entire transit event, that lasted less than one second,” the 52-year-old continues, “using a high speed ZWO ASI290MM video camera, capturing frames of one millisecond exposure at 80 frames per second.”

Whilton is about 75 miles north of London.