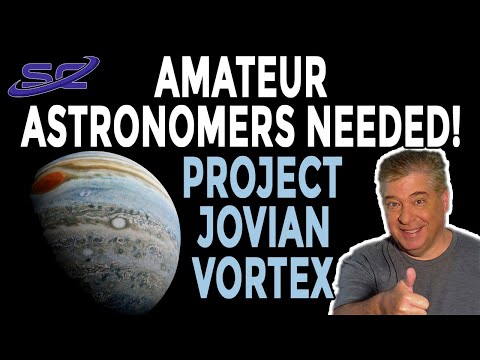 Do you want to be an amateur astronomer? Are you ready to make breathtaking discoveries? Well, researchers at the University of Minnesota Twin Cities are asking for the public’s help to study the atmosphere on Jupiter. All you need is a web browser to volunteer your time.

Astrophysicists need these volunteers to help categorize tens of thousands of images taken from the Juno spacecraft for the project dubbed Jovian Vortex Hunter.

The images come from the JunoCam camera onboard NASA’s Juno spacecraft. Juno, which was launched in 2011 and reached Jupiter in 2016, has completed more than 40 orbits around the Gas Giant. The JunoCam has captured more than 60,000 images during this time.

Jupiter is 467 million miles from Earth and its atmosphere is made of hydrogen and helium. Researchers are hoping learning about the planet’s atmosphere can give them insight into weather patterns on Earth and discover more about the early beginnings of our solar system.

Researchers are asking citizen scientists to identify atmospheric vortices — clouds that have a round or elliptical shape like hurricanes. They are interested in the physics behind why these atmospheric features come in different sizes and shapes.

“There are so many images, that it would take several years for our small team to examine all of them,” says Ramanakumar Sankar, project leader and University of Minnesota School of Physics and Astronomy postdoctoral researcher, in a statement. “We need help from the public to identify which images have vortices, where they are, and how they appear. With the catalog of features (particularly vortices) in place, we can study the physicals behind how these features form, and how they are related to the structure of the atmosphere, particularly below the clouds, where we cannot directly observe them.”

You don’t need to have your Ph.D. in astronomy to dive into this project. It has helpful guides and tutorials on the different types of features in these images and tips on identifying vortices.

Every image is examined by at least 16 people.

“If one person is having trouble categorizing an image, maybe others will, too,” explains Sankar. “That might indicate that we have found something new or unique that we more closely examine.”

Not only will this information be used to study Jupiter, but it will also help to write a computer algorithm that could speed further identification of the planet’s atmospheric features by combining computer help with human expertise.

To volunteer for the project, visit the Jovian Vortex Hunter website.