Have you ever wondered about life on other planets? Life is able to thrive on Earth because of its atmosphere, which helps to control surface temperatures and absorb harmful radiation from the sun. Additionally, it is the expressway by which water is transported all over the world — enhancing the sustainability of life on Earth.

Scientists have discovered several other terrestrial planets, similar to Earth, but have found no evidence of an atmosphere that’s the same. This did not stop researchers from Stanford University and the University of Chicago in the search for exoplanets with water-rich atmospheres. They created a model by which other terrestrial planets may be able to develop and maintain a water-rich atmosphere for long periods of time.

“Our model is saying that these hot, rocky exoplanets should have a water-dominated atmosphere at some stage, and for some planets, it may be quite a long time,” says Edwin Kite, an expert in the evolution of planetary atmospheres, in a statement. “What we already knew from the Kepler mission is that planets a little smaller than Neptune are really abundant, which was a surprise because there are none in our solar system. We don’t know for sure what they are made of, but there’s strong evidence they are magma balls cloaked in a hydrogen atmosphere.”

With the help of colleague Laura Schaefer, Kite developed a hypothesis based on this evidence. “Liquid magma is actually quite runny,” he explains, causing waves that may be capable of forming water by atmospheric hydrogen. The majority of the water, which is trapped in the magma, is transformed into water vapor in the atmosphere by the explosion of stars close to the planet.

The fact that several terrestrial planets similar to Earth lack a hydrogen shield led Kite and Schaefer to believe this may be the way in which the majority of them began. This would explain how so many have lost their hydrogen atmospheres. More importantly, this could help lead future explorers to other life-sustaining planets.

To put this hypothesis to the test, experts are using The James Webb Space Telescope (JWST) in their search. Most telescopes can detect how close a planet is to nearby stars, the size of a planet, and sometimes, its mass. However, the JWST is also capable of identifying certain molecules, such as water, in the atmosphere of a planet.

Moreover, given that the majority of these terrestrial planets do not rotate, evenly dispersed temperatures on these planets may indicate the presence of an atmosphere. According to Laura Kreidberg and Daniel Koll from the Max Planck Institute for Astronomy and MIT, heat would be moved from the warmer side to the colder side via an atmosphere, which could be detected by the JWST. These findings are substantial in understanding the formation of planets, especially other planets with life-sustaining capabilities.

Recently, researchers say an exoplanet called TOI-1452 b, could potentially be one of these water-covered worlds — and a perfect candidate for the James Webb Space Telescope to explore. It’s also one of the few temperate planets that’s close enough to Earth for scientists to continue studying its atmosphere.

The study is published in  Astrophysical Journal Letters. 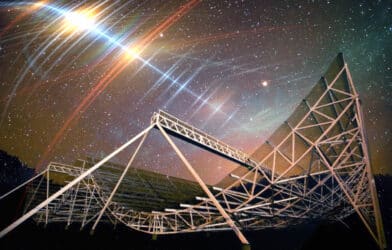 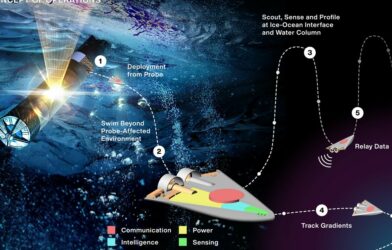 NASA developing tiny swimming robots to seek out life in seas of other worldsJune 30, 2022

It’s a lovely day for a trek on Mars: New, interactive hiking map will plan your Jezero Crater trip11 hours ago