Mars is still volcanically active, according to new research. An analysis of the Red Planet has identified the presence of molten lava.

Magma rising from deep underground could have melted ice near the surface, say scientists. It would have provided favorable conditions for microbial life in the recent past.

“While there is much more to learn, the evidence of potential magma on Mars is intriguing.” says co-author Dr. Anna Mittelholz, a postdoctoral fellow at ETH Zurich and Harvard University, in a statement.

Eruptions are shaping the surface, forming parallel rifts known as graben. They pull the crust apart much like cracks that appear on top of a baking cake.

The findings are based on seismic data gathered by a scanner on board the InSight Lander.

The round, dome-shaped instrument measures vibrations, providing a glimpse into the planet’s internal activity. A team at the Swiss Federal Institute of Technology, Zurich, has been listening to the “pings” of more than 1,300 Mars quakes since 2018.

The epicenters have been traced to a region called Cerberus Fossae, south east of the Elysium Mons volcanic complex.

Volcanism is shaping the Martian surface — even now, say the astronomers. Orbital images of the same area also showed deposits of dust surrounding the area which had been carried on the wind.

“The darker shade of the dust signifies geological evidence of more recent volcanic activity perhaps within the past 50,000 years – relatively young in geological terms,” says lead author Dr. Simon Staehler, a senior scientist working in the Seismology and Geodynamics group led by Professor Domenico Giardini at the Institute of Geophysics at ETH Zurich.

Mars is important for understanding geological processes. Like Earth, it was once a waterworld. It also had a magnetic field thanks to a core of iron, nickel and sulphur and a denser atmosphere – alll important for the emergence of life.

“InSight’s SEIS is the most sensitive seismometer ever installed on another planet. It affords geophysicists and seismologists an opportunity to work with current data showing what is happening on Mars today – both at the surface and in its interior,” says Giardini, a co-author on the paper.

Even today, they have learned frozen water probably in the form of dry ice exists at the polar caps. About 3.6 billion years ago the planet was very much alive, at least in a geophysical sense.

Volcanism gave rise to Tharsis Montes, the largest volcanic system in our solar system. It left behind Olympus Mons, the tallest known mountain; at 16 miles high, it is three times bigger than Mount Everest.

Cerberus Fossae is named after a creature from Greek mythology known as the ‘hell-hound of Hades’ that guards the underworld. Quakes coming from nearby suggest Mars is not quite dead yet.

“It is possible what we are seeing are the last remnants of this once active volcanic region or the magma is right now moving eastward to the next location of eruption,” adds Dr. Staehler.

The study is published in Nature Astronomy. 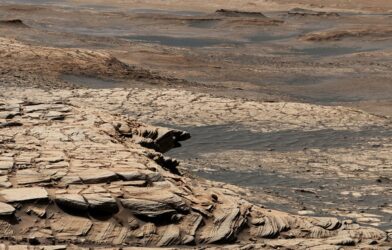 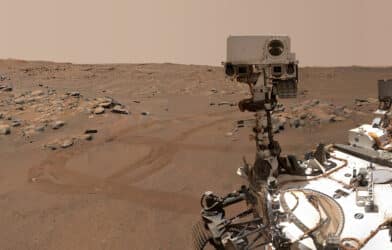 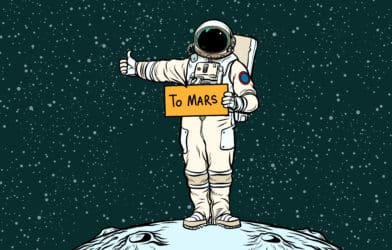