For the very first time, international researchers have organized information on all forms of atmospheric halos recorded by mankind. Dating back up to 5,000 years, scientists says 119 different atmospheric halo forms are currently known.

Researchers say atmospheric halos are a phenomenon of light scattering caused by the collection of water ice crystals less than 10 micrometers in size in the atmosphere. These halos can be seen with the naked eye at all levels of the troposphere and are most often observed in high ice clouds. Researchers say “the combination of the shape of ice crystals (or minerals), their orientation, and the paths of light rays through the crystals determines the configuration of a halo, whether it is colored or white rings, spots, or arcs.”

However, rare halos are subdivided into those whose origin is established. Those not yet studied and not yet easy to simulate are considered exotic.

“Typically, halos are formed by the interaction of light with hexagonal crystals of water ice. However, some of the documented, exotic, halos cannot be explained in this way. For example, the mysteries of the origin of some elliptical and circular halos have not been solved since they were discovered in the early twentieth century. Among the mysterious ones is the so-called Moilanen arc, which I first recorded in 1995,” says study co-author Jarmo Moilanen, a researcher at the Finnish Institute Geospatial Research and a PhD student at the University of Helsinki, in a media release.

Study authors say exotic halos have abnormal crystal shapes, with their heterogeneity, or with crystals of different minerals scattered in the air. It’s unclear, though, what causes the unusual shape of these exotic halos.

“Researchers speculate that the unusual shape of the exotic halos is due to anthropogenic factors, such as atmospheric emissions or the influence of the strong electromagnetic field of high-voltage power lines, which can disrupt the orientation of ice crystals in the air. To solve such mysteries, samples of ice crystals forming exotic halos were specially collected in the atmosphere, but this experience also led to more questions than answers,” notes Maria Gritsevich, associate professor at the University of Helsinki and senior researcher at the Finnish Institute Geospatial Research and Ural Federal University.

Scientists even detected the formation of ice crystal in Mars’ atmosphere. They also called it “interesting” how halos are formed in the atmosphered of Venus, Mars, Jupiter and their satellites.

“This observation proves that clouds of hexagonal crystals of water ice, or other minerals, exist in the atmosphere of Mars. There is also speculation that halos could have been formed by transparent and optically sufficiently hard carbon dioxide crystals. Computer modeling of factors, in the presence of which halo formation is possible, will provide valuable information about the state of Mars atmosphere,” adds Gritsevich.

The study is published in the Journal of Quantitative Spectroscopy and Radiative Transfer. 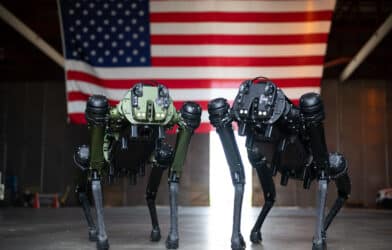 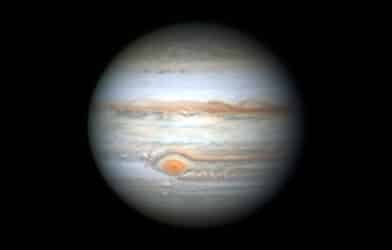